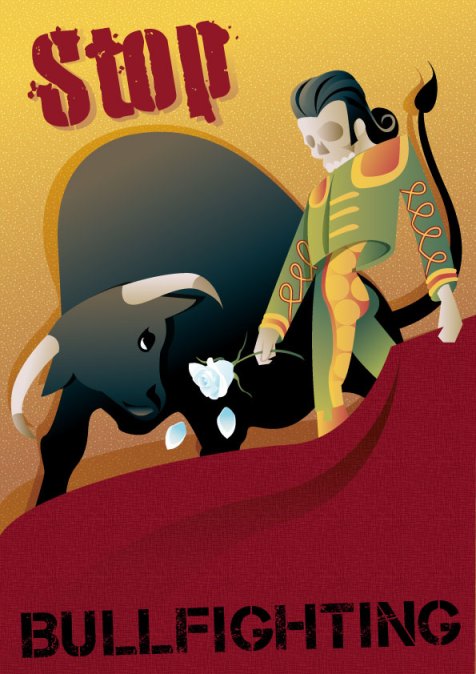 Bull fights are still taking place in a few countries in the world including Spain where I live at the moment.

In spain the majority of the population is not interested in the Bullfights but they are being kept alive by a small but influential following and is being subsidised by Spain and the EU too.

Alyx Dow, the Programmes Officer (Anti-Bullfighting) for the WSPA says that:

“Unfortunately a huge amount of support also comes from tourism; because tourists are led to believe that bullfighting is part of a particular country. They are unwittingly supporting a dying industry that thrives on the torture of an animal: many leave the fights shaken and disturbed by what they have witnessed, which is, simply, animal cruelty for the sake of entertainment.”(from thedarkphantom.wordpress.com )

So if you are visiting Spain don’t go to a bullfight! Especially because there are so many other beautiful and interesting cultural things in Spain that don’t involve animal cruelty.

If you want to read more about bullfighting and how to stop it here are a few good links:

www.stopbullfighting.org.uk: Read up on the gory facts behind the myth of Bullfighting.

www.cas-international.org: The biggest organization in the world which works exclusively on the abolition of bullfighting and cruel fiestas (festivals) during which bulls and other animals are tortured.